The History of Abarth 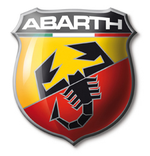 Abarth is currently a separate Racing Oriented Division of Fiat. Since 2007 Fiat have maintained the division for purposes of turning Fiat street vehicles into more performance oriented tarmac burners. While they are currently a modern era tuner shop for Fiat, they have quite a history all their own, dating back to 1949.

Carlo Abarth and Armando Scagliarini started the company in 1949 as a small Italian sports car maker. Just a few years later, 1952, they began their long running relationship with Fiat. The built the Abarth 1500 Biposto, an experimental coupe with cutting edge, ultra-modern lines. The relationship continued into the 1960’s with Abarth building vehicles that achieved great success within hill climbing events and sports car racing.

In 1971 Abarth was acquired by Fiat and transformed into the racing division for the Italian company. The division had large success in helping Fiat, and other divisions of the company, in rally cars. Abarth also helped shuffle in the genre now known as “boy racer” cars. Great handling cars with a good power to weight ratio, and good economy. This is the genre that eventually stole a lot of business from the traditional “muscle car” buyers. As gas prices have increased, the “boy racer” car has continued to survive.

Now in 2012, North America will finally get its hands on an Abarth tuned Fiat 500. The car features a bump in power, better handling, and some vicious looking graphics, complete with Abarth’s ominous scorpion logo. It’s expected that this tuned hot hatch will be very competitive with the Mini Cooper S, which as of now, is long overdue for an updated design.

There is no official release date for the Fiat 500 Abarth, but we are anxiously awaiting its arrival here at O’Brien Fiat, and make sure to check back here for more updates as we get more information.